T’ai chi has been described as “moving meditation,” a “‘soft martial art.” In fact Tai Chi Chuan is an ancient exercise which embodies China’s most profound concepts and principles of health and movement. Based on softness and awareness (rather than force and resistance) T’ai Chi Chuan (also referred to as Tai Chi, Tai Ji, or Taijiquan) has been recognized for thousands of years as both a method of self-cultivation and an unexcelled form of self-defense.  See the selected bibliography below for books and articles. The Internet offers numerous YouTube sites demonstrating the movement that defines t’ai chi.

In our group we gradually work up to and follow the Yang family “moving meditation” 37-posture form as offered by the renowned Cheng Man-ch’ing (1900-1975).  Robert W. Smith (1929-2011), as the “Professor’s” first Western student, further opened  the door to the internal martial arts for thousands of us during his remarkable life.  (Read more about the spirit of Cheng Man Ching)

We miss both of them but take  solace in our spirited practice and appreciation of all that results. We hope you come join our t’ai chi group and reap the benefits of this remarkable exercise for body and soul. 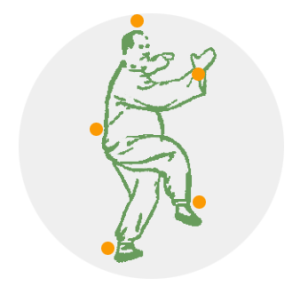 We follow the fundamental handful of principles that govern t’ai chi as taught by the inimitable Cheng Man Ching and the Yang family.

Many books have been written about t’ai chi. Below are basic manuals that we feel will help the beginner as well as the advanced student gain a greater comprehension and appreciation of the art.

Wishing everyone the best of holidays! The Rec. Centers are closed on Friday, Nov. 25. NO CLASS, in-person or ZOOM on Friday. See everyone Monday!

We are in the process of creating a fresh look for our web site. Please pardon the little discrepancies you may find as we work through the details. Hope you like it!

For class members and anyone who is interested.  Kirk Talbott has made practice videos for practice at home.  Check them out under Classes at  Class Notes